Aspirate from a kidney nodule of a 2-year- old spayed female domestic shorthair feline.  The presenting complaint was weight loss and PU/PD.  Blood work revealed moderate azotemia.  On ultrasound, the kidneys were bilaterally enlarged with ill-defined nodules throughout.  A nodule from one kidney was aspirate and submitted for cytology.

The image consists of a moderate amount of cellular debris, relatively few red blood cells, occasional vacuolated macrophages and a large number of fungal yeast.  These yeast are variable in size and consistently have a large non-staining capsule surrounding a centrally located round to oval, frequently dehydrated yeast of variable size.  This is most consistent with Cryptococcus sp. (either C. neoformans or C. gattii).  Although not proven, adult patients with these infections are typically thought to be immunosuppressed (either acquired or hereditary immunodeficiency) or secondary to immunosuppressive therapy. 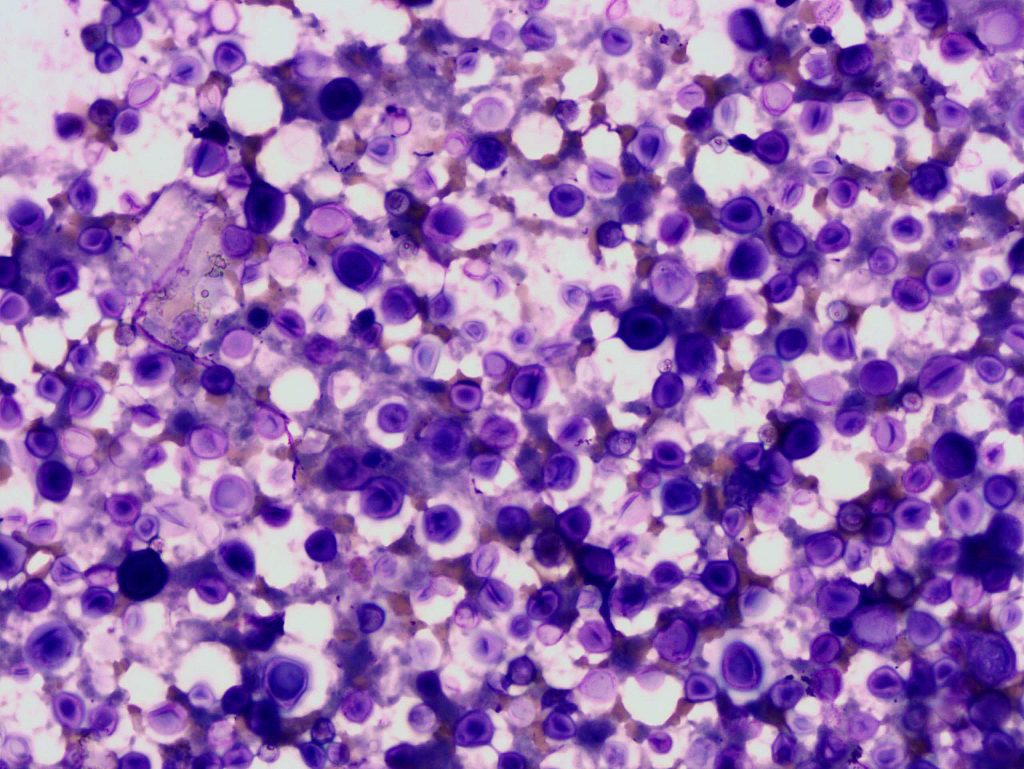